After reading the story, let´s work on different aspects. 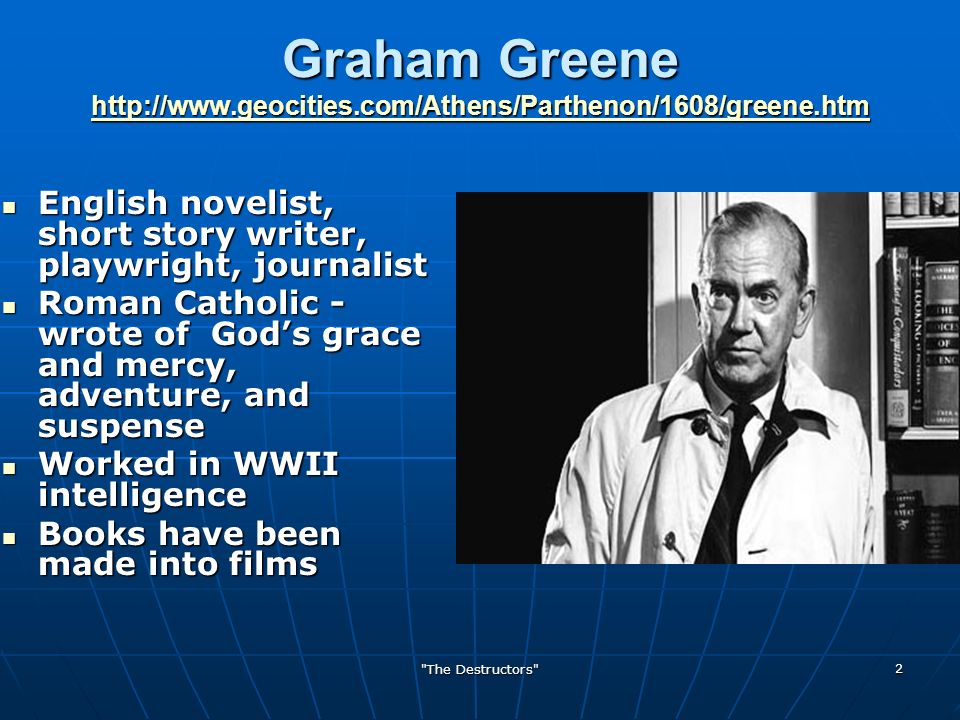 Here the link to the story: The Destructors

“Streaks of light came in through the closed shutters where they worked with the seriousness of creators—and destruction after all is a form of creation. A kind of imagination had seen this house as it had now become.”

Choose a question to write an essay