A View from the Bridge

In 1947, Arthur Miller was doing research on Pete Panto, a young Longshoreman who was executed by the mob for attempting to revolt against union leadership. He was told an interesting story about another Longshoreman in the area who had ratted to the Immigration Bureau on his own relatives. The Longshoreman was attempting to prevent the marriage between one of the brothers and his niece. The man was scorned and ostracized in the community and soon disappeared. In the community it was rumored that one of the brothers had killed him. Eight years later, in 1955, the one-act version of A View from the Bridge, based on the story of that same Longshoreman, was produced. The play was presented with another one-act Miller play, A Memory of Two Mondays. 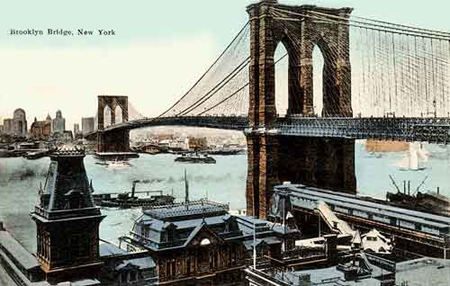 New York critics poorly received the evening of two plays and the production only ran for 158 performances. Miller believed the story was so complete and shocking that he did not wish to adorn the tale with subjective meaning, but rather lay out the facts in an action-oriented, objective tale. The result, according to critics, was a cold, un-engaging work. Miller admitted his play was an experiment, an attempt to stray from the psychological realism that dominated the American theatre, “I wanted to see whether I could write a play with on single arch instead of three acts I wanted to have one long line of explosion we have all forgotten that the Greek plays were all one-act plays, a continuous action.” Not just the form, but also the actors were taught to consciously disengage themselves from the emotion of the work and, in a Brechtian sense, attempt to reveal abstract ideas about the human condition.

After two years, time that possibly allowed Miller to find an emotional connection with the work (Miller’s condemnation as a Communist in the McCarthy era and his relationship with Marilyn Monroe), he revised the script. The new version was staged in London and received rave reviews. Miller enlarged the characters of Beatrice and Catherine, who played a greater role in Eddie‘s fate. The set was more realistic, a Brooklyn neighborhood scene, and Miller eliminated the use of verse. The relationship between Eddie and Catherine was played down and the final scene altered. Rather than at the feet of Catherine, Eddie dies in the arms of his wife Beatrice, and he reconciles the couple’s relationship.

In the Paris production, Miller rewrote one more final ending to the play in which Eddie actually commits suicide. While this ending may be the most dramatically satisfying, Miller chose to publish the London edition in his collected works.

Arthur Miller was born in was born in New York City on October 17, 1915 to Isidore and Augusta Miller. At the time, Miller’s father owned a successful clothing business and the family lived in a Harlem neighborhood. In 1929, the family business failed as a result of the depression and moved to Brooklyn. Miller was a very active child and hardly spent any time reading or studying. He only took an interest in academics in his final year of school, too late to make the grades to be accepted into college. Miller worked various jobs after high school, including one as a salesperson that inspired his later play, Death of a Salesman. Miller was finally accepted into Michigan State in 1934 and he studied journalism. While in college, Miller won several collegiate awards for his plays. Out of college, Miller’s first successful work was All My Sons, which opened on Broadway in 1947. Miller is best known works are The Crucible and Death of a Salesman. In 1956, Miller was asked to testify before the House Un-American Activities Committee, but heroically refused to name the names of communist sympathizers. The following year he was charged for contempt, a ruling later reversed by the U.S. Court of Appeals. In 1956, Miller also divorced his college sweetheart and married Marilyn Monroe. 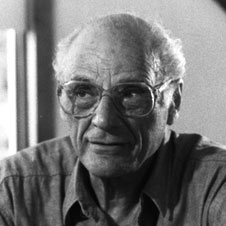 Do some reasearch on:

This entry was posted in senior 1 2017 and tagged Drama. Bookmark the permalink.