The narrative of Tyres is set against the tension of German-occupied France during the Second World War, where relationships are strained, little can be openly communicated and suspicion is rife.

The brutality of war suddenly intervenes in the middle of the story with the killing of the suspected members of the French Resistance movement (the Maquis) and the villagers forced to view the bodies, their ‘guts…literally looped and dripping almost to the floor’, before the hanging of the ringleader nicknamed Petit Ours from the village bridge.

Set against this is the gradually developing love affair between the young 17 year old lad learning to maintain vehicles in his father’s garage and the girl who cycles past each day. The young man’s narration leads the reader gradually to his final act of involvement with the Resistance against the Germans and its effects; ill-luck seems to be the cause of guilt, and the final revelation of the age of the narrator, 44, shows how long that guilt and fidelity has lasted.

In this story, Thorpe sets ordinariness such as working on cars, changing tyres, a developing relationship against extraordinariness: the Second World War and German occupation, to create a small poignant story of war. 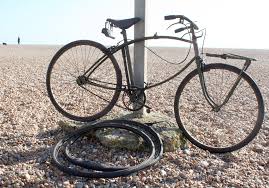 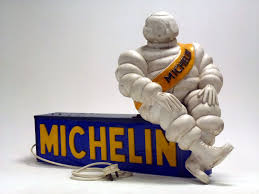 2. What attitude does the father, Monsieur Andre Paulhan, have towards the Germans, the Resistance and to his son’s (Raoul) involvement in the war and resistance?

4. How do these lines reflect the Raoul’s feelings at the end of the story: “Someone       who, if suddenly no longer there, can leave a hole in your heart, and a feeling of doom       until the moment he or she reappears.”

5          p401 How involved in the Resistance does Raoul  think that the young girl and his   father are? What does the threat: “Try a nail or two” imply about the father?

6. (p402) What does Raoul do to bring the girl closer to him? How does his father react?

7. Describe Andre’s feelings about religion and about the Petain government. P403 and  elsewhere.

9.( p405)  What has prompted Raoul to sabotage the Gestapo officer’s inner tube?

10. What is the faint hope Raoul has for Cecile as she accepts the ride in the car?

11 . The story ends with a reluctant mood to shift with the times. Explain how this is true.