What is our Life?

“What is our Life? A Play of Passion”

What is our life? A play of passion,
Our mirth the music of division,
Our mother’s wombs the tiring-houses be,
Where we are dressed for this short comedy.
Heaven the judicious sharp spectator is,
That sits and marks still who doth act amiss.
Our graves that hide us from the setting sun
Are like drawn curtains when the play is done.
Thus march we, playing, to our latest rest,
Only we die in earnest, that’s no jest. 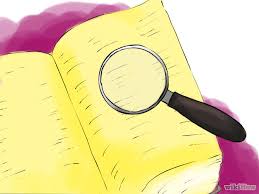 The poet draws the reader’s attention to the meaning and concept of life. He compares life to a play of passion or a short comedy.

-What is the context/background of this poem?

-What is the theme? Have you readany other poem that shares this same theme?

-Focus on the metaphor of the theatre and copare it to Shakespeare’s AS YOU LIKE IT:

“All the world’s a stage,
And all the men and women merely players:
They have their exits and their entrances;
And one man in his time plays many parts,
His acts being seven ages”. At first the infant,
Mewling and puking in the nurse’s arms.
And then the whining school-boy, with his satchel
And shining morning face, creeping like snail
Unwillingly to school. And then the lover,
Sighing like furnace, with a woeful ballad
Made to his mistress’ eyebrow. Then a soldier,
Full of strange oaths and bearded like the pard,
Jealous in honour, sudden and quick in quarrel,
Seeking the bubble reputation
Even in the cannon’s mouth. And then the justice,
In fair round belly with good capon lined,
With eyes severe and beard of formal cut,
Full of wise saws and modern instances;
And so he plays his part. The sixth age shifts
Into the lean and slipper’d pantaloon,
With spectacles on nose and pouch on side,
His youthful hose, well saved, a world too wide
For his shrunk shank; and his big manly voice,
Turning again toward childish treble, pipes
And whistles in his sound. Last scene of all,
That ends this strange eventful history,
Is second childishness and mere oblivion,
Sans teeth, sans eyes, sans taste, sans everything.

-Say what the poem is about using your own words.

-Find at least 3 literary elemens and explain the impact on the reader.

-What is the tone?

analysis by another student of AS Literature

This entry was posted in Senior 4 2015 and tagged Poetry. Bookmark the permalink.

15 Responses to What is our Life?