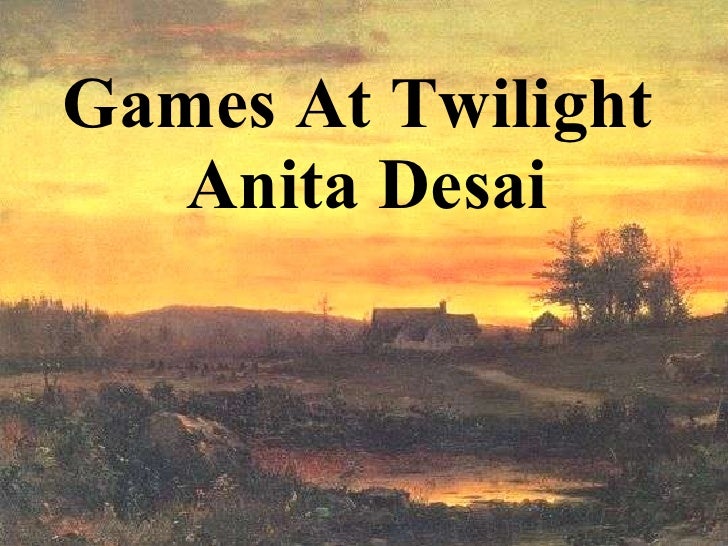 It was still too hot to play outdoors. They had had their tea, they had been washed and had their hair brushed, and after the long day of confinement in the house that was not cool but at least a protection from the sun, the children strained to get out. Their faces were red and bloated with the effort, but their mother would not open the door, everything was still curtained and shuttered in a way that stifled the children, made them feel that their lungs were stuffed with cotton wool and their noses with dust and if they didn’t burst out into the light and see the sun and feel the air, they would choke.

“Please, ma, please,” they begged. “We’ll play in the veranda and porch—we won’t go a step out of the porch.”

“No—we won’t, we won’t,” they wailed so horrendously that she actually let down the bolt of the front door so that they burst out like seeds from a crackling, overripe pod into the veranda, with such wild, maniacal yells that she retreated to her bath and the shower of talcum powder and the fresh sari that were to help her face the summer evening.

They faced the afternoon. It was too hot. Too bright. The white walls of the veranda glared stridently in the sun. The bougainvillea hung about it, purple and magenta, in livid balloons. The garden outside was like a tray made of beaten brass, flattened out on the red gravel and the stony soil in all shades of metal—aluminum, tin, copper, and brass. No life stirred at this arid time of day—the birds still drooped, like dead fruit, in the papery tents of the trees; some squirrels lay limp on the wet earth under the garden tap. The outdoor dog lay stretched as if dead on the veranda mat, his paws and ears and tail all reaching out like dying travelers in search of water. He rolled his eyes at the children—two white marbles rolling in the purple sockets, begging for sympathy—and attempted to lift his tail in a wag but could not. It only twitched and lay still.

Then, perhaps roused by the shrieks of the children, a band of parrots suddenly fell out of the eucalyptus tree, tumbled frantically in the still, sizzling air, then sorted themselves out into battle formation and streaked away across the white sky.

Read the first part of the short story: Games at Twilight

Answer the questions and take your notes to class.

1. Focus on the word “twilight”. What does it symbolize in Literature?

3. Find phrases/words in the first paragraph in connection with “entrapment”.

4. Go on reading. How do the kids feel when they are finally allowed to play outside?

5. Pay attention to the rest of the extract, focus on the veranda and the animals. Find word/phrases in connection to death.

This entry was posted in Senior 4 2015 and tagged AS, games at twilight. Bookmark the permalink.